On the 15th of December a meeting, of significant importance, was held between our Sustainable urban development Pilot from the National Observatory of Athens and the Municipality of Penteli (Athens-Greece), elevating synergy between the two entities.

Following initial discussions between Evangelos Gerasopoulos and the Municipality, resulting in selecting the latter as the Local Administration Unit (LAU) of interest for the Pilot (which comprises of a LAU and Regional implementation), the workshop that took place at the premises of the Municipality to kick-start the activity, merged policy and science.

The objectives, of this high level meeting, were to present the EIFFEL project to the Municipal officers (Mayor, Vice-mayor (Environment, city planning), two Head of Department, two special counsellors to the Municipality), discuss synergies, exchange/enhancement of local data and participation in the relevant Communities of Practices. Agreement on data sharing was planned and the co-design regarding the Pilot’s Decision Support Application was initiated with the identification of non-functional requirements.

The EIFFEL project and Pilot were seen in an extremely positive light. NOA’s three Groups (Atmospheric Physics and Chemistry Group, GRoup Energy Conservation, SOLEA), each focusing on their respective Pilot application (emobility and air quality as a co-benefit, energy performance of buildings, solar potential and exploitation in an urban environment) will participate in the relevant working group with personnel from the Municipality, to pursue each application more efficiently. The need for common awareness raising events was also strongly agreed upon. 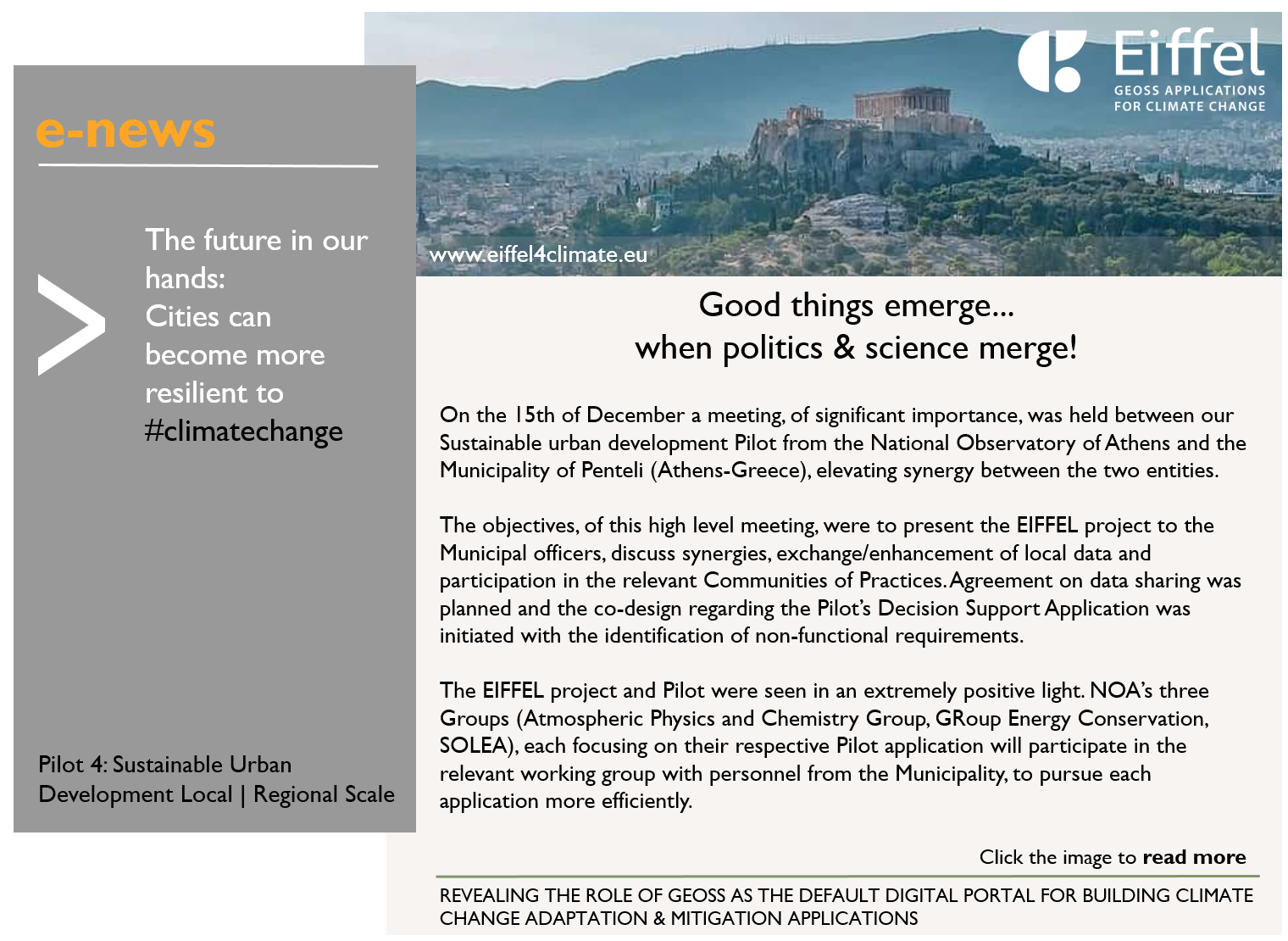